Avoid this Font. Trust us. 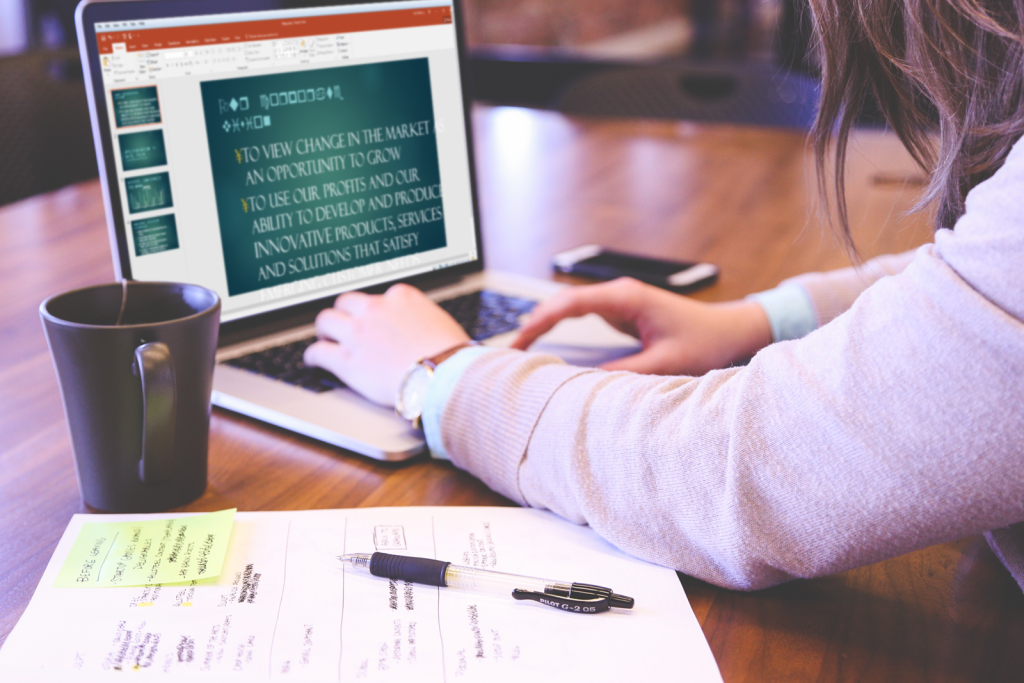 Picture this: The CEO of your company has asked you to whip up a deck for his upcoming keynote. You fire up your Mac and weave visionary statements, startling facts, and elegant charts all into an engaging story. You barely need to think about the choice of font: how could I go wrong with the clean, classy, and simple Helvetica Neue? After all, it’s the font that Apple uses for all interface typography! It could go very wrong, very quickly.

You email the finished deck to your PC-toting boss. When he fires up the presentation in front of a new prospect, there is something off. To his surprise and embarrassment, the text and alignment of his slides are a mess, the word wraps are funky, and worst of all, the fonts have all changed. This is no visual delight…it’s a complete disaster.

Why the drama over a font?

One of the most popular fonts in the world, Helvetica Neue (pronounced: noy-uh), is also a huge troublemaker. It was created in Switzerland in the 50s and adopted by Apple’s design gurus back in 2013 for the iPhone. Apple’s blessing only increased its popularity. Scores of companies have picked it up and are using it for branding. Many Mac-based designers think it’s cool.

So why has Helvetica Neue earned the well-deserved nickname “Helvetica Annoya”? Well, let’s use the PowerPoint example. PowerPoint slides are different than other kinds of branding documents. Designed on a Mac, Helvetica Neue looks chic. But the Mac version of the font is proprietary to the Mac. It is installed at the system level in the “dfont” format. It isn’t compatible with PCs (which swap it with Arial or another Windows system font). To make matters worse, if you purchase ”Helvetica Neue” for PC, it’s a different version than the Mac. The font will be substituted with Arial when opened on the Mac!

To further complicate things, Helvetica Neue is a thin-weight font. The thin letter strokes look elegant in larger sizes, but when shown in a smaller point size, the curves break up. Simply put: it’s a font that disintegrates. This is particularly noticeable on smaller slide text, such as chart axis labels. Also, many people view presentations on cellphones and tablets these days. Disintegrating fonts do not fare well with handheld devices.

How can we stop the Helvetica Neue nightmare? Here are 3 hot tips:

1. Anticipate every platform your presentation might be viewed on.

To keep your design work consistent, make sure you select a cross-platform font. PowerPoint presentations aren’t just projected in front of a crowd, they are often emailed around to be edited or viewed individually. Always choose a font that will provide a consistent look across all operating systems.

There are a limited set of “safe fonts” (such as Arial, Calibri, Century Gothic, and Tahoma) common to all platforms. These fonts will remain consistent whether you open them up on a PC or a Mac. This restricts the variety that designers can use, but it is better to be safe than sorry! And take note, any native Mac fonts (“dfonts”) are proprietary. They’re not safe across platforms.

When you preview PPTX files from a cloud storage site, such as Dropbox or Box, any custom fonts (or non-safe fonts) will not be recognized and therefore substituted with another font (typically Arial). Upload your files to the cloud and preview them in this environment to ensure that the text appears the same as it does in your desktop version of PowerPoint.

In case you’re wondering, Apple ditched Helvetica Neue in 2015 because of its flaws. They’ve designed a new default system font called San Francisco. But Apple devotees beware! You are still going to be faced with cross-platform problems. It might be better to diverge from Apple’s path this time. Your boss and audience will thank you.

Interested in saving yourself from embarrassing presentation mishaps like this? Check out Influencing with Visuals, a workshop that will arm you with simple yet powerful presentation design tips, tricks and tools.