The Key Ingredient to a 23-Million-View TED Talk 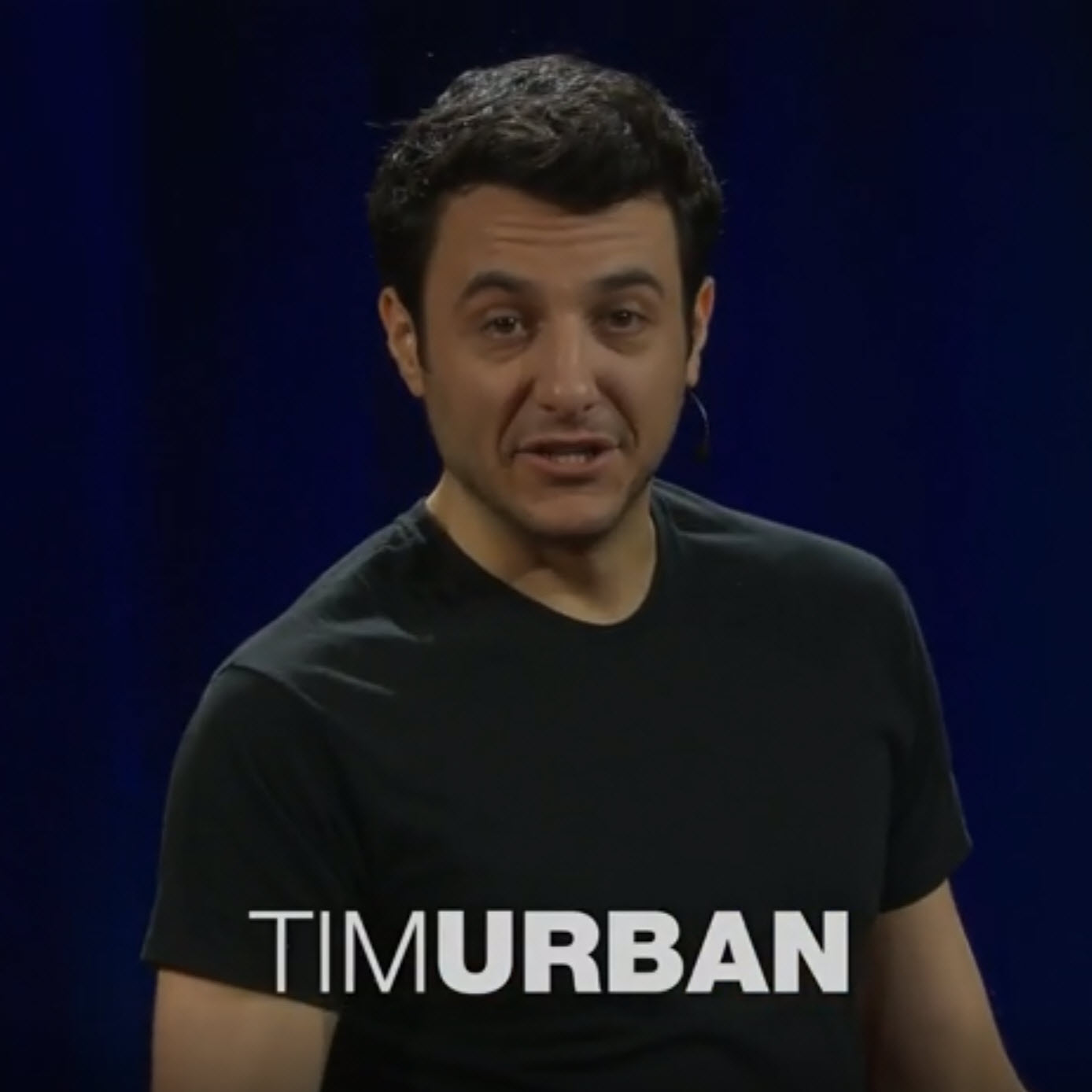 Many of us are secret (or not so secret!) procrastinators. This is surely what drew interest in this popular TED talk by Tim Urban.

Even if many people identify strongly with this commonly shared tendency (cat videos anyone?), there is no way it would hit 23 million views with just a propensity to waste time. Even if Tim had flashed chart after chart of shocking data on how people waste millions of hours every day on social media, it wouldn’t go 23-million view viral. No way.

But just like his funny and imaginative blog, Wait but Why, Tim Urban melded a very simple idea: Procrastinating is wasting your life and making you miserable, with a heavy dose of storytelling. Watch the video here, then let’s take a closer look:

Tim begins his talk by describing his work habits during his senior year of college. With his own simple charts, he shows how he intended to complete his assignments (below left) vs. how he actually executed his work (below right). He of course is the central character in this story with the setting taking place back at college. Although clearly this shows his lopsided study habits, it isn’t the real conflict in Tim’s story arc. He says he was always able to pull it off. Tim’s story faces its conflict when his normal last-minute cramming routine is up against his 90-page senior thesis. Needless to say, the results are painful, hilarious, and all too familiar!

Although Tim initially introduced just himself as the original character, he deepened his story to zoom in on the intense drama going on inside his head while in the throes of intense procrastination.

Tim illustrated these opposing forces inside his brain with three characters: Instant Gratification Monkey, Rational Decision-Maker, and The Panic Monster. Rather than dryly describing his constant work vs. waste time dilemma, Tim uses his ingenious characters to illustrate the continual tug-of-war going on inside his (but really all of our) head. The Story Evolves – The BIG Idea is About All of Us

One of the hallmarks of a great TED talk (or any great presentation for that matter) is that although it might seem initially like it’s only about a few limited characters (sometimes the narrator themselves), the key message (what we like to call the BIG Idea) is actually about all of us. Tim did not just assume that he was speaking to a subset of the world who are, like him, continually at war with themselves about better time management. Like any powerful talk, he had a much broader message for his audience.

“Everyone is Procrastinating on Something in Life”

Tim ended his talk by showing a visual that included a sea of boxes. Each box represents a single week in a 90-year life span. His message was that even if we meet our daily deadlines, there are always larger goals in our lives that we are putting off. Chillingly, he mentioned that we have all used up quite a few boxes! The key to how Tim engaged 23 million viewers was how took a subject that initially might have caught the interest of a few people, but used storytelling to reach into the emotions of the audience. He did this through the simple execution of the story arc — from character to setting to conflict through a resolution (i.e. get moving!). With this, he was easily able to show how with comical recognition of his own distraction, how stunningly relevant his internal war is for all of us. At least 23 million of us thought so.

Interested in learning how to transform your own messages into engaging stories? Click here to learn more about our corporate storytelling workshop.